Superheroes live amongst us. Disguised behind their alter-ego titles of ‘wife’, ‘mother’, ‘daughter’ and ‘farmer’, these entrepreneurial women are hard at work. Their mission? To craft, create and collaborate their way towards a sustainable future. Securing their traditional farm businesses by diversifying in unique and exciting ways, meet the inspirational ladies whose innovation is helping to shape the next generation.

“I want every child to get a big box with a red bow on top,” says Danielle Barker, of Red Beau Creative Party Boxes, from Barkwood Barn within Brown Edge Farm in Arkholme.

Danielle moved into what was then a tumbledown barn in 2005, aged 22, with husband Kevin, whose parents owned the barn.

Surrounded by neighbouring farmers of several generations’ lineage, Danielle became aware of the harsh truth of farming life:  maximum hours work for minimum remuneration. With farming making little in the way of financial gain, she sought ways in which to diversify in order to secure a future for the farm and her family, which had grown to include Beau, now aged eleven and Daisy, seven.

Having studied ceramics at university, Danielle’s creativity had seen her exhibit paper-clay porcelain lamps in local galleries. She wanted to find something she could build for herself.

Combined with her experience as Assistant Buyer at Lakeland, and with her youngest child starting school, she was ready to take the leap.

Through her role as chair of a toddler’s playgroup, Danielle witnessed the expensive and exhaustive nature of organising children’s parties.

“It takes forever to do – the cake, balloons, piñata…” she explains. “The alternative is a packaged party, which can be quite expensive, with no personality and basic food. It’s quite stressful.”

The idea was simple, yet untapped: she wanted to create parties that could be sent out in the post.

From £80 for a group of ten children at home, Red Beau plans out the party from start to finish – including a shopping list for the food.

“I do everything myself – the tax returns, website, marketing and fulfilment. Anything from bespoke party bags to eco-friendly craft activities,” she tells us.

Danielle’s focus is on providing children with tasks, challenges and crafting which they can actually complete themselves, as opposed to a plastic whistle in a bag. As such, she claims, the activity boxes are ideal for keeping children occupied in a variety of situations: on holiday, on a rainy day or even at a wedding.

Red Beau’s wedding activity box is designed to keep the kids entertained during the night do, yet also has a touching additional gift for the happy couple. Once the children have completed their scavenger hunt of items from the venue, they create a memory box for the bride and groom.

The boxes – which fit through your letterbox – are wooden and become part of the crafting experience themselves; from designing bags to colouring plaques for their rooms.

Working from her home in the barn, Danielle has no commute to concern herself with.

“I used to work out of a shed and I was lonely,” she states, before explaining that the farm gives her at once space to create and a supportive community base. She recalls the local community working together to dig and lay fibres for their B4RN rural broadband: “The internet was so bad before, I couldn’t have built the website from home.”

Kevin, a farmer, is on hand if she needs a sounding board for her ideas, whilst during the holidays, her children are the perfect test market for her crafty creations.

In the future, Danielle envisions an office within the farm (“perhaps a cabin”) where she can dedicate herself to design and the development of the business with an employee to take on the fulfilment element. She also wants to build in more occasions to her range, a repertoire of themes and personalised boxes, and even her own range.

“I think the working farm adds a cool and genuine element,” Danielle says, adjusting the red bow on another Red Beau creation.

For Jenette Hardy, the younger generation also plays a pivotal role in developing business from her family home at Milbeck Farm, which her grandparents bought nearly 60 years ago.

Having studied business management and tourism, Jenette ran a café in Sedbergh for five years before leaving to have her first child. A stint as a fork lift truck driver came next, followed by a foray into the world of financial services.

Feeling limited in her day job, it was after struggling to find a party supplier in the South Cumbria region that Jenette realised the potential for her own business.

“I could do better,” she states.

A chat with husband Daniel led to the formation of Hardy Soft Play Hire. An events and entertainment company, Hardy Soft Play hires out equipment to parties, weddings and community events across South Cumbria and North Lancashire.

“I was pregnant with my second child, so it wasn’t great timing,” she laughs. “I’m quite impulsive.”

Her father provided her with an alcove in the barn and her sister-in-law helped her to design the logo and website – initially a skeleton site with only three pages and no e-commerce.

She sent letters to local schools and playgroups, set up a Facebook page and, in December 2014, Jenette showcased her soft play cubes at Over Kellet nursery’s Christmas party.

“I saw the need,” Jenette explains. “No one was providing great party equipment and a great time. I want to make sure people have a great time.”

Since its inception in 2014, Hardy Soft Play Hire now offers a range of products and packages with an average budget of between £100 and £300; primarily soft play and bouncy castles.

Jenette has also managed to quit her day job to focus entirely on her business.

Still based at the farm, she has made a number of changes to her original website, including the roll-out of e-commerce.

With two children aged three and five, juggling home and work life is crucial: Jenette is responsible for the school run, allowing her three uninterrupted hours per day dedicated to the business.

“Mum has the kids every weekend, all weekend,” she notes. “We have lovely family evenings.”

Other benefits from working from her home on the farm, Jenette states, is the flexibility it affords her (“I can go to sports days and swimming lessons”).

Jenette’s alcove in the farm barn has grown, thanks to her supportive father who regularly drops in to see what she is up to. He has reorganised storage to accommodate her business and also lets her have use of his pickup truck.

A desire to give back to the close-knit community which is her home is a key element of Jenette’s drive. She provides items for local community fundraisers free of charge, and is keen for children to experience the same safe and happy childhood she did.

“For a community to work, it takes someone like me,” she observes. “”I can be involved in, and help my local community.”

Another land girl building up a business, quite literally, in the heart of the community, is Abi Capstick.

“I was living in Scotland with my two kids, pheasant beating and making reusable nappies,” Abi recalls. “I met Paul on Muddy Matches; his parents thought I was a veterinary student.”

Having lived on a farm from the age of 14, Abi knows a thing or two about the highs and lows of making your living off the land.

In 1979, Park House Farm was bought by her husband Paul’s family. Initially focussing on beef and sheep farming, they later diversified to include a pick-your-own fruit enterprise.

Park House Barn, she says, was an accident.

“Paul’s sister Rachel wanted to get married in a barn, but it had no floor,” Abi explains.

Undeterred, they boarded the barn – used to house sheep and cattle throughout the winter months – from scratch.

In 2014, they had 11 bookings, growing to 25. But the focus was more corporate than couples celebrating nuptials.

No stranger to entrepreneurialism, Abi had already started her own breastfeeding group and launched her website for her reusable nappies (amamaknows.co.uk) in 2012. Seeing the potential of the 16th century half-cruck barn, set before the impressive backdrop of the Kent Estuary, Abi took over the wedding barn business in 2016.

“We were undercharging and it had been very rough and ready; more Young Farmers than a wedding venue really,” Abi laughs.

The barn needed to make money to dig the farm out of a mire. Each penny raised was to be reinvested into the farm.

Now also offering its own bar facilities and a marquee site, Park House Barn even made an appearance on the BBC’s Back to the Land documentary with Kate Humble.

Abi is keen to emphasise that, although without the barn they would have sold up, family comes first; the barn comes second. It’s a lifestyle they don’t simply choose, but cherish. Sunday, she insists, is family time. Even if that means dressing up in the seat covers they hire out, pretending to be ghosts!

“I feel proud that I’ve created a sustainable, standalone business. It’s a symbiotic relationship,” she comments.

This reciprocity includes giving back to the community. In addition to providing employment for around 30 people, they have also helped to promote other local businesses including event planners. They even host Christmas parties at the barn for staff, friends and family to show their appreciation for their support.

Abi’s ambitions go beyond the wedding barn. She also breeds pedigree pygmy goats, as well as Toggenbury and Alpine milking goats. Her daughter Flo, she confesses, is a bit of a goat whisperer.

Through the farm, Abi engages in outreach work with home educated children, those in flexi schools and forest schools.

Whilst acknowledging the massive risks she has taken to get the business to where it is today and that this lifestyle is “not for everyone”, Abi feels proud of their journey so far.

“Every week I bawl my eyes out when I see them step through the door. It’s an incredibly intimate moment. Who gets to see that? I’m very lucky.”

Be it through party boxes, inflatables or barn-based nuptials, the Land Girls are busy forging the future of farming in the North West! 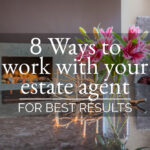 How to use creative photography to market your high-value home 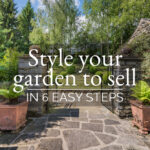 Style your garden to sell in 6 easy steps 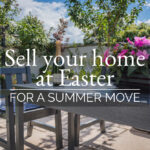 Sell your home at Easter for a Summer Move